Vitec Photographic and Sony have announced a collaboration on the occasion of Gitzo’s 100 year anniversary. Vitec is one of the market leaders for photo accessories, with Manfrotto and Gitzo part of its portfolio. Sony continues to innovate in the camera sector.

As part of the collaboration, we can expect a new line of products for Sony Alpha cameras, showcased at events and trade shows in 2018.

Vitec has already announced that the first item to be released will be a special edition Manfrotto Befree tripod. We’ll get a first glimpse of the tripod at PhotoPlus in New York later this month.

It’s not clear at this stage if the design of the tripod will be dedicated for Sony Alpha cameras only, nor what that would look like. We’d expect the new lightweight tripod to be a good match for the Sony A7 range. 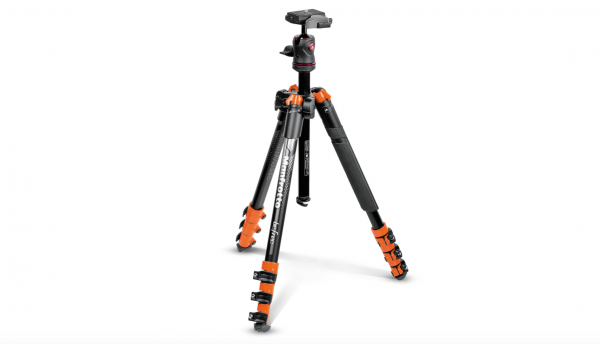 An orange limited edition Manfrotto Befree tripod. We’ll wait and see what the new one looks like

Other items lined up include new Manfrotto and Gitzo tripods, plates, photo and video heads for professional image makers.

Then there is a customised version of Digital Director, which is Manfrotto’s interface for managing the entire photo and video workflow, compatible with Apple iPads.

We have little other detail at this point. CEO of Vitec Group Photographic Division, Marco Pezzana states, “the primary intent of collaborating is to the development of even more innovative products for professional content creators.”

We’ll wait and see what the new products look like next year. With Vitec and Sony’s track record, we’d expect some solid new photo accessories. What do you think of the collaboration?