Manfrotto has announced a range of supports and accessories designed specifically for assisting the creation of virtual reality photos and videos. The Manfrotto 360° VR range includes the following bases, accessories and extension booms:

• Aluminium Base with/without half ball

Practical hurdles facing virtual reality content creation are ensuring camera supports are stable, elevated and compact enough so as to not be seen in the 360° shots. Manfrotto claims its VR bases and booms achieve all these things.

It seems that interest in virtual reality is growing and Manfrotto has stolen a march by being the first to launch a range of products dedicated to support VR. 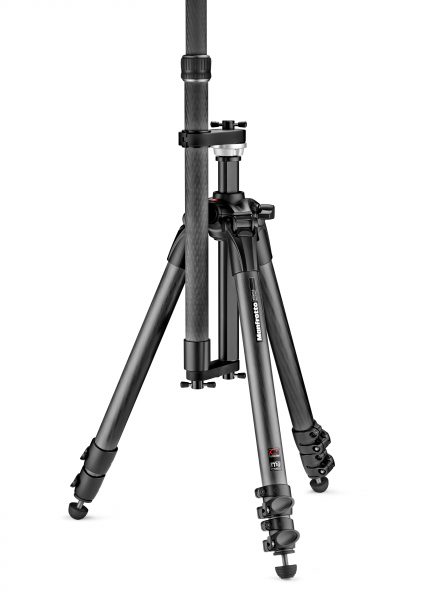 All of the Manfrotto VR products are designed to work with each other and compatible with the most popular 360° cameras.

From a look, items that we see being particularly useful include a large VR carbon fibre boom combined with VR carbon fibre tripod. The boom weighs approximately 1kg and provides a 4.7m reach. That’s a massive range of camera angles.

We haven’t used any of the products just yet, but will report back once we do.