Reports of the death of film have been greatly exaggerated, with the analogue renaissance continuing apace and more and more photographers discovering the pleasures of old-school images.

With that in mind, it is somewhat surprising that we haven’t seen much in the way of new 35mm SLR cameras. Until now, that is. Introducing the Reflex 1.

Now funding on Kickstarter, the Reflex 1 is a modular SLR in the vein of the classics, boasting a multitude of features to appeal to modern photographers.

Key to the Reflex 1’s design is the fact that it allows the user to customise it to their preferences, thanks to its interchangeable lens mount and film back.

The lens mount is known as the I-Plate, and while it comes as a universal M42 mount, it’s possible to switch it out for Nikon F, Olympus OM, Canon FD or Pentax PK as preferred. The back, which you may be able to guess is known as I-Back, allows users to pre-load rolls of film for quick swapping mid-shoot.

Two lenses are going to be refurbished for the camera so new users can get started straight away: the Helios-44 58mm f2.0 and the Pentacon 50mm f1.8.

The makers – the same team behind popular photo blog If You Leave – are also aiming to make the Reflex I open source and fully compatible with third-party accessories, allowing users to entirely customise it according to their own needs. Once the camera is released, promise the company, the hardware and electronic designs will be freely available for those who want them. 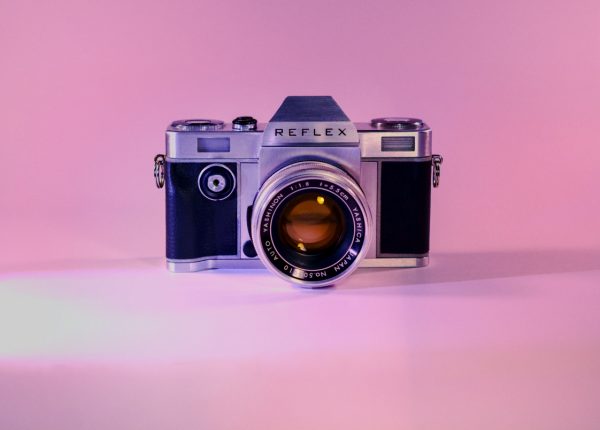 Reflex 1: Connectivity and the future

If the campaign reaches its stretch goal of £150,000 the makers will look to develop the Reflex App, which will allow users to pair their camera with a smartphone and record their settings and meta-data for their shots.

You may have noticed that number in the name of the camera, and if you’re suspecting that might be a hint as to what the future holds, you may well be correct. The makers of Reflex are hoping this will become a system in its own right, with more products to come.

A working prototype has already been built and is being used by photographers right now. If you’d like to sign up to be a tester, you can email testers@camera.reflex-s.com.

Getting hold of a Reflex 1 camera requires a pledge of at least £350, with the camera’s standard RRP being £399.

We’re planning on getting Lok down to Reflex HQ for a closer look this week, so keep checking back, but in the meantime you can back Reflex on Kickstarter by heading to this link. The campaign ends on December 7, 2017.