Go to any camera show and you’ll be falling over a wealth of brushless 3-axis gimbals. They can support anything from a smartphone all the way up to a DSLR, but almost all have one thing in common – they block the view of the screen. Not so the new PilotFly C45. 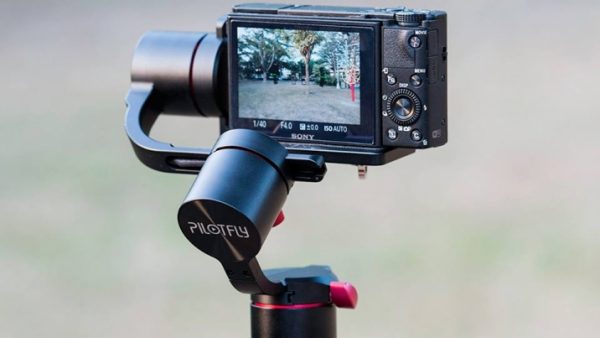 It is standard for the motor that controls the ‘roll’ axis to sit directly behind the cameras screen. But, the good people at Pilotfly have come up with a simple way to solve the problem. In fact it’s so simple that we wonder why it hasn’t been done before. The new Pilotfly C45 places the motor at 45 degrees. Here it sits almost level with the camera mounting plate, and thus leaves the screen virtually unobscured. 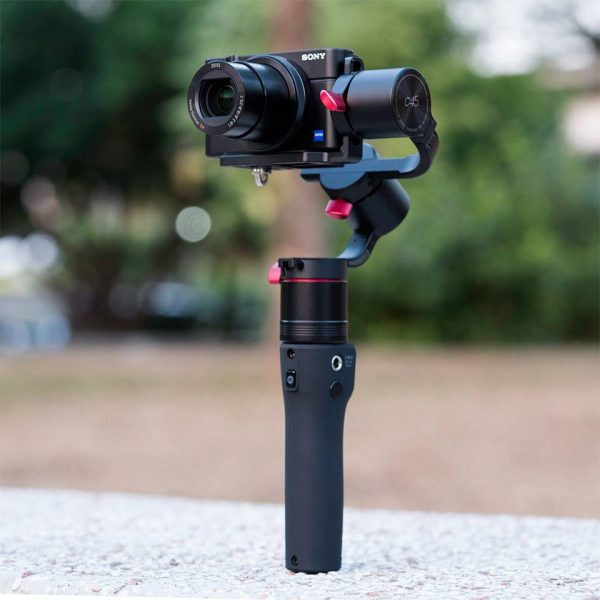 Except for the motor placement, the C45 has the standard range of features for a 3-axis brushless gimbal

The PilotFly C45 is designed for use with premium compact cameras, such as the Sony RX100 V. However, it is also able to hold a load of up to 800g. It should be remembered though that brushless gimbals are all about balance. So whilst it could probably hold an Sony A7 with a 24-70mm f/4, the weight distribution of the camera and lens means it probably won’t balance. At a push you may be able to use a small mirrorless camera with a pancake lens. Generally though, the Pilotfly C45 should find a happy home amongst Sony RX100, Panasonic LX and Canon G7 users – basically vloggers. 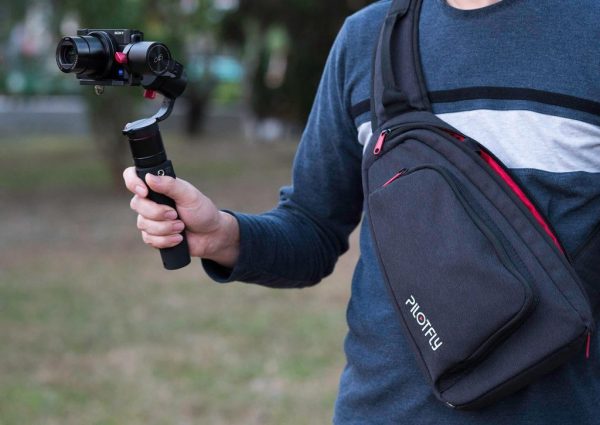 Like most other brushless gimbals, the PilotFly C45 has a directional joystick control. In addition the device will also be able to be controlled wirelessly over Bluetooth using the Pilotfly RM-1 controller. Apps for both iOS and Android are also in development.

There is currently no price or release date, however it is expected to be under €500 and should be on show at NAB in April. Keep checking the PilotFly website for more information.

We hope to test the PilotFly C45 as soon as it is available.