Every year seems to be hailed as the year where VR will go mainstream. However, 2017 may actually be that year thanks to a new product. The Insta360 Pro 8K VR on show at CES 2017 finally offers the sort of quality and resolution that will help bring VR to a wider audience.

If you have ever watched a 360 VR video at Full HD 1080p you will realise that what prevents the experience from being truly immersive is that the video resolution simply isn’t high enough. Rather than having a 1920×1080 image in the centre of your vision, it is instead wrapped entirely around you. This creates a very pixelated image, with every slight compression artefact visible. 4K resolution for 360 video provides better quality, but even that isn’t ideal. 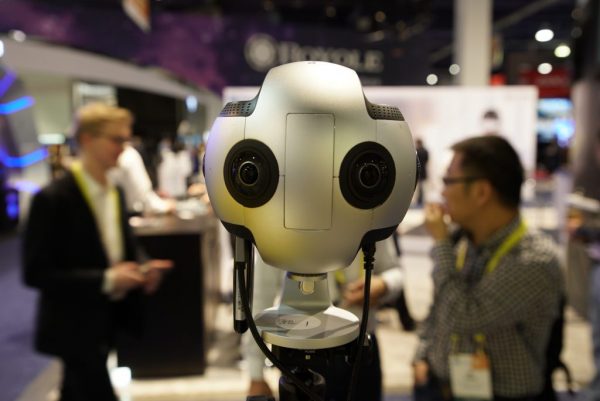 So what does that mean? Well for filmmaking there is the chance that movies could be created where you are actually in the scene. However, this scenario is complicated by trying to hide lights and get the production team out of shot. What is more likely is that we will be able to experience events as if we are there. Everything from concerts and sports, to historic events. You could be sitting in the crowd at a cup final, or in the middle of a parliamentary debate. Educational courses and demonstrations could all be broadcast in VR. But it is the live 4K VR streaming that perhaps offers the biggest initial opportunities. Breaking news stories could be reported as if you are at the scene with the journalist.

Or how about being in the middle of a VR timelapse? You could see hours in time pass around you in minutes, looking around the whole time as if you were actually there. The Insta360 Pro 8K can do this via its VR timelapse mode and can capture 60-megapixel 360 3D stills in JPG and RAW formats. 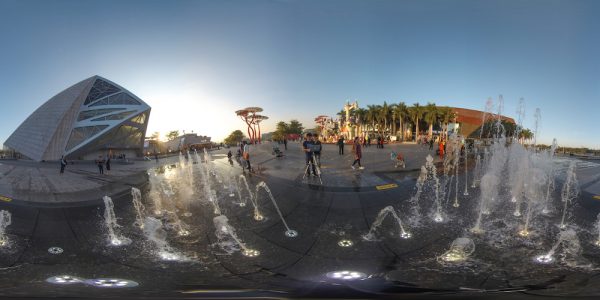 Making sense of all of the 360 footage captured by the Insta360’s six 200-degree fisheye lenses is the Insta360 Studio software. This software can run on Mac, Windows and iPad. Also, live video can be controlled with the Insta360 Pro iOS or Android apps via Wifi, ethernet or 4G connection. These live broadcasts can be shared to Facebook, YouTube and Twitter. Standard 4K 360 videos can also be immediately shared to Facebook, YouTube, Twitter, WhatsApp, Messenger and WeChat.

We’re sure there will be similar devices appearing over the course of 2017, but for now Insta360 look like they will have the lion’s share of the market when the product is released sometime in the first quarter of 2017. It will be available on Amazon and Insta360’s online store for $3,000.