Yes indeed I’m Back is back. After a successful first Kickstarter campaign, the makers return with a refined and low cost version of the I’m Back digital camera back for 35mm film cameras.

If you haven’t seen I’m Back before, this intriguing product aims to give a new digital life to your old 35mm film camera. 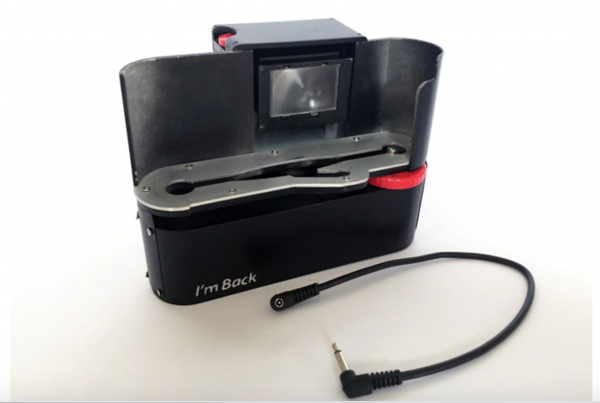 What is I’m Back digital camera back and how does it work?

I’m Back is a digital camera back that slots on and off to a number of 35mm film cameras.

The device creates digital videos up to 2880×2160 pixels and still images up to 16MP through your film camera.

We have seen product pictures with I’m Back attached to cameras like the Nikon F, Leica M2, Pentax Spotmatic, Olympus OM10 and Minolta 7000.

Other systems that I’m Back is compatible with include Praktica B200, Yashica JP and Seagul. I’m Back can be adapted for other systems. 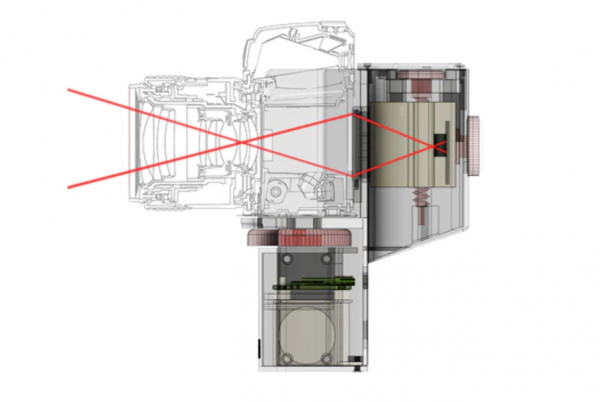 Components that make up the back include a focusing screen, digital sensor, LCD screen, SD card slot.

The back is totally external and does not affect the future operation of the camera with film rolls. However, to attach I’m Back the rear door of the camera needs to be open and even fully removed for best results.

A focusing screen is positioned where a film roll would be and images are captured through the I’m Back digital sensor onto SD memory card.

Pictures are viewed on the I’m Back LCD screen or via a connected smart device – a smartphone holder is supplied with the device.

Compatible cameras need a tripod mount, bulb mode and a sync flash in order to function with I’m Back.

Still unclear? Check out more details on the I’m Back Kickstarter campaign.

Due to the distance between sensor and focusing screen, images are 22x34mm rather than the full 24x36mm. You get 16MP images and 2880×2160 pixel videos with a ‘retro’ feel. By that we mean soft and grainy if the example pictures are anything to go by.

The makers suggest lenses with an aperture of f/3.5 or wider, as vignetting will be obvious with smaller apertures. A shutter speed of at least 2 seconds is suggested, which counts out most moving subjects if you desire clarity.

These are all the details we have at this stage.

Check out the I’m Back Kickstarter campaign for more details and to back the project. Backers can get a fully assembled version of I’m Back for €175 and once the product is available it will costs €250

The product Kickstarter timeline shows shipping of this second iteration will start from May 2018.

In addition to a fully assembled version, it is possible to buy an I’m Back Kit for assembly. This could make for an interesting DIY project, though a good knowledge of electronics and programming is a must!