Amongst the few photographers in the world who have used the Panasonic GH5, is Pembrokeshire based Ross Grieve. Ross was born in New Zealand, but now lives in Wales, where the rolling hills and countryside provide the perfect backdrop for his photography.

We spoke to Ross about his experiences of using the Panasonic Lumix GH5, 6K Photo and his role as a Panasonic Ambassador. 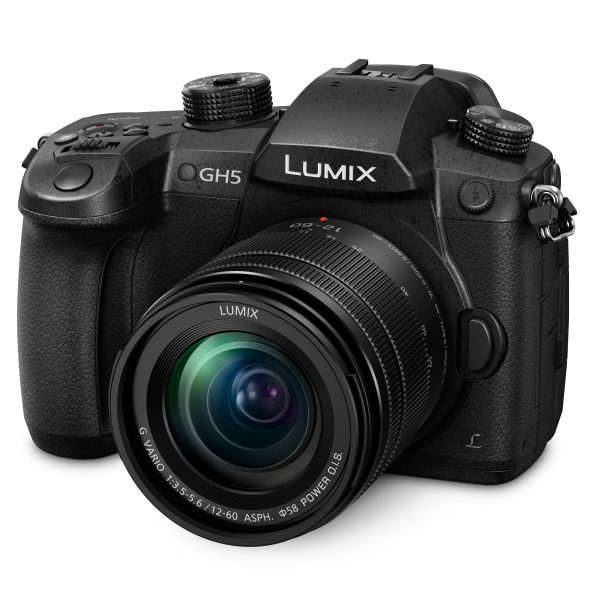 “My initial reaction is that the GH5 feels great; a natural progression from the GH4. The dual image stabilisation is just insane – absolutely insane. I was really hoping for low-light improvements [over the GH4], because I use the 4k and 6k Photo modes that use the video technology, and those improvements came.” 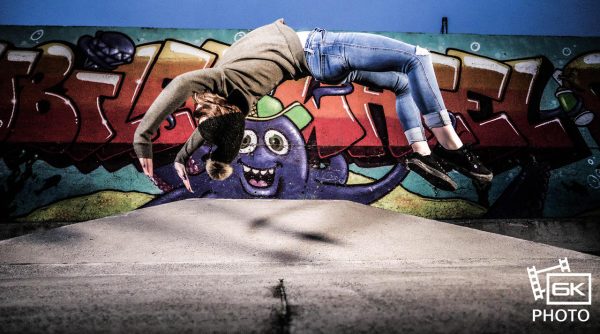 “I did a shoot of a girl doing backflips at a skate park and it was shot using the 6K Photo mode at ISO 3200. Purists may be going ‘oh, thats a little bit noisy’, but I kinda like that style. Its not really noisy when you think about the size of the sensor and what it is producing. It’s really a camera on steroids.”

“I use 4K or 6k Photo mode because I want to exploit that high frame rate, and if you are in a studio you can’t recycle flash lights quick enough to get those images that you want. When I first started doing it I got a lot of stick, with people saying it cheating or its not true photography, it will never catch on, but i was determined as I really believed in it.” 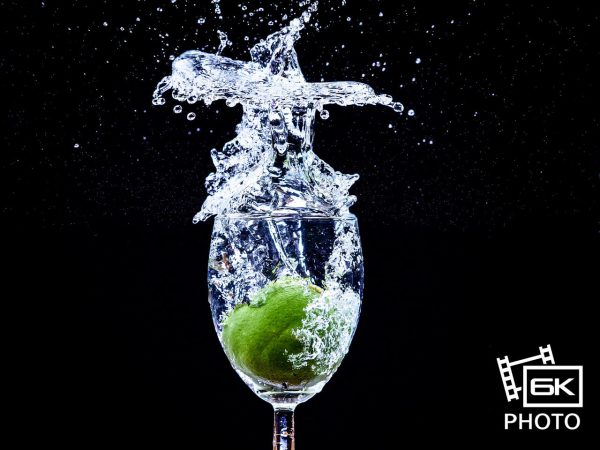 “Yes, a lot of people think that 4K and 6K are a bit gimmicky – just a cool feature, but is a powerful tool, a seriously powerful tool. Even for street photography its powerful because it silent – there is no shutter going off, its not invasive. There is no interruption, you can be stealthy, and get some great images.” 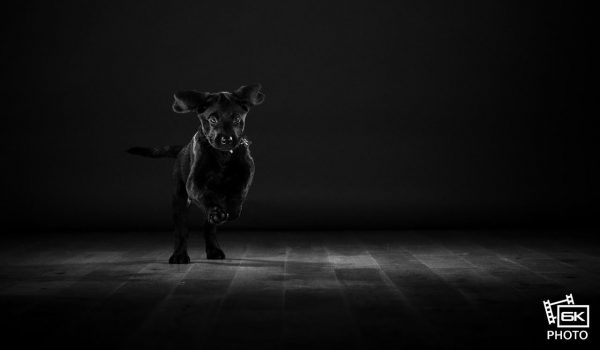 “Last year I took a shot of a puppy running straight towards me, using the 4K Photo mode. That image won UK pet photographer of the year. To me that was massive – it means that 4K Photo mode is industry accepted.”

“With the GH4 I managed to make a 38″ print from a 4K Photo, in fact it was one of the first 4K photos I took. I’m now looking at the 6K Photos I’ve taken and its gone way beyond that size. Ive got an A0 printer and I can do massive prints with that, but I don’t think my printer is big enough. I’d say I’m looking at being able to make print to around the 50 inch mark with the 6K Photo images.” 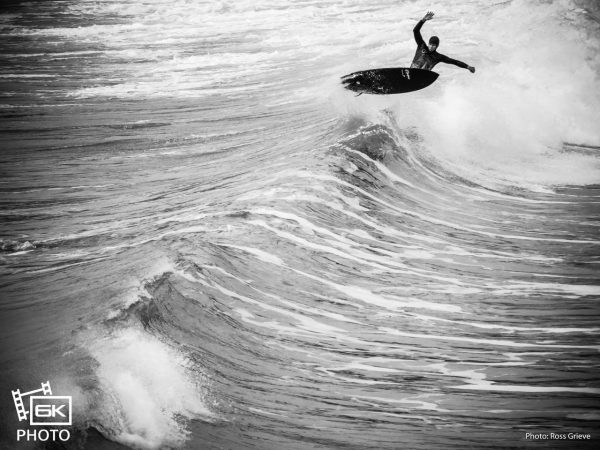 “The autofocus of the GH5 is really fast. I had a horse galloping towards me on a beach, and I had the 35-100mm and 100-400mm lenses.  I used both of them and I was really impressed. I tend to configure the camera so I can use my thumb for back button focusing –  you can configure the AF Lock button to do that. But the AF of the GH5 is noticeably quicker. When you have been using the GH4 and GH5 for a while you notice improvements and the AF was one of the main things. In the past there may have been a little searching with certain lenses, but I haven’t had an issue, and bear in mind that I have been using pre-production models. “ 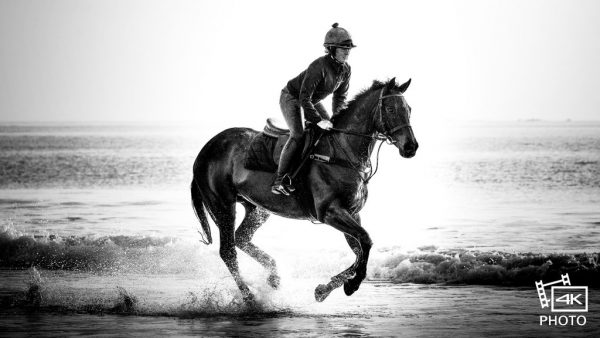 “Obviously the dual SD card sockets are great, and the improvements in low light are fantastic. The colours have improved too, which is what any photographer wants to see – true colours. You are getting much more detail from the sensor too”

“No one has really mentioned the joystick much. It may sound like a small thing, but I really like it. Everyone is talking about it from a video side at the moment, but having that hybrid over lap where I’m doing photography, but using the 4k and 6k video technology, I love the joystick. I really like the little tweaks to the AF point I can make with the joystick. I can juggle the AF point around, and then if I push the joystick in it in its centres the AF point back to the middle. Just click it in and bang, it goes right back to the centre. It’s the little things that really make a difference, to me anyway, especially when you are shooting fast moving subjects”

Working as a Panasonic Ambassador on the GH5

“I don’t shout about products unless I really like them. When I started using Panasonic cameras they said to me, ‘be honest with what you think about them  – if you don’t like them, tell us, because that’s how we improve, and if you love it, scream about it’, obviously.  And that is the way I have always been. I don’t just glorify the products because I’m one of their ambassadors, I was using the kit before I came on board as an ambassador” 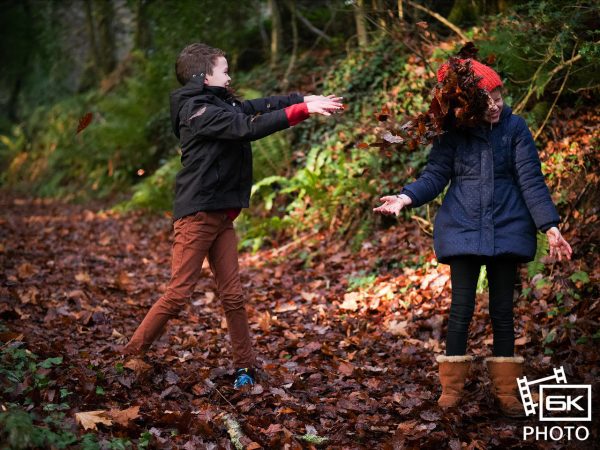 “I was very late going from film to digital, but with 4K Photo technology I was like ‘Woah, this is going to be huge!’ and I just jumped onboard. I had spent two years shooting in 4K Photo mode with the GH4, when Panasonic Japan approached me and said ‘Can you shoot the 6K campaign on the GH5?’  So obviously, after a long hard think about it for 3 secs, I said ‘yes’.” 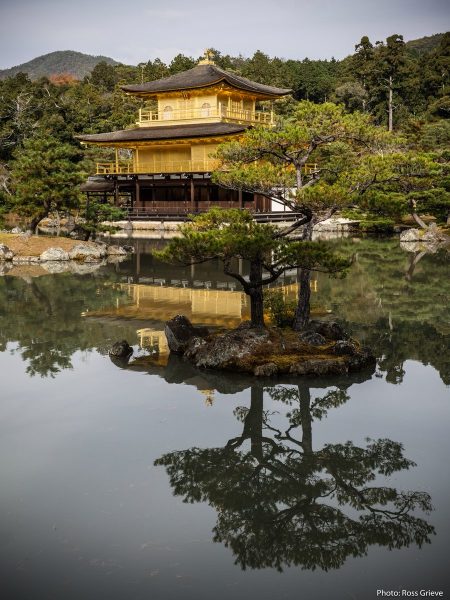 “So I had a GH5 in my hands at the end of November, in fact I had two of them. I was out in Japan testing it with some other ambassadors, and then both cameras came back withe me to the UK. I have been giving feedback to Panasonic in Japan. They would come back to me and go ‘Ok, great, cool’. My feedback was was all part of the process, but it is a gorgeous bit of kit.”

Watch the official Panasonic video to hear more from Ross, or visit his website for his own First Impressions of the Panasonic Lumix GH5 blog post.