“We are proud to be the first to do this”, exclaims David Parry with a smile on his face. Canon’s Product Intelligence Consultant is talking about the headline feature of the new Canon Powershot G1X III.

This DSLR-styled tiny compact camera that weighs under 400g packs a big sensor. Yes, the camera has an APS-C size sensor. It is significantly bigger than any other sensor used in a Canon compact camera with built-in optical zoom lens.

After a brief hands on with the camera we are impressed. Let’s take a look at the key features of Canon’s latest flagship Powershot G compact camera.

• 398g, including battery and card

This is a compact camera with built-in 3x optical zoom lens. But it has the imaging sensor of a DSLR – it’s much bigger than the sensor found in the G1X II.

It’s a sensor that we’ve seen before, being the 24.2-million-pixel APS-C sensor as found in the Canon EOS 80D and other current DSLRs and mirrorless EOS-M cameras. The sensor features gapless micro-lenses and built-in phase detection AF pixels.

But this is all in a compact camera. Impressive stuff.

We have included some sample images from a quick hands on with a beta version of the camera. The images below have been resized to 600px wide for viewing on the web. As the images are from a pre-production camera, without final firmware, we can’t fully assess the image quality. However, if the images are as good as we have seen from the sample, the images should be good at the edges, and the APS-C sensor and lens combination creates a nice shallow depth of field that is unusual to see in a camera of this size with a zoom lens. 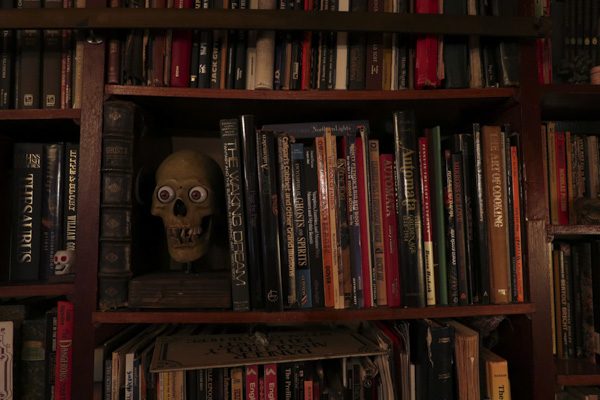 Even in the corners of this image there is plenty of detail and we are looking forward to testing the lens further in the coming weeks. 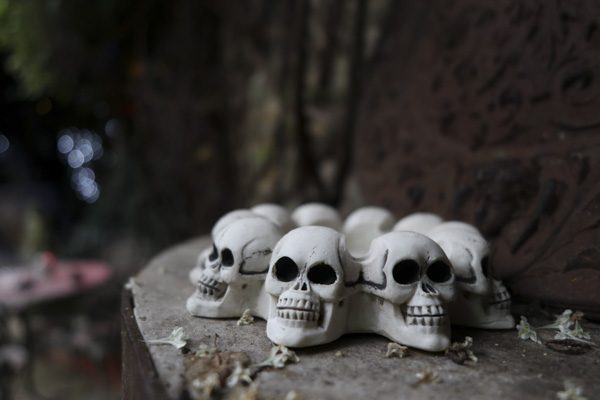 The combination of lens, minimum focus distance and the large sensor means it is possible to create images with a shallow depth of field.

The nine-blade aperture lens has a construction of 9 elements in 8 groups, 3 of which are double sided aspherical elements.

Canon spokesperson David Parry says that the optical zoom lens is engineered specifically for the camera and therefore has better close focusing distances to comparable Canon EF lenses, as close as 10cm.

There is a mechanical built-in ND filter which gives up to 3EV exposure reduction.

Despite the larger sensor, Canon has been able to reduce the overall size of the G1X III by approximately 16% (from the G1X II).

In the hand it is positively tiny but the G1X III has the textured grip and contours that enable you to get a good hold. It’s only the second Powershot G camera that Canon describes as dust and drip proof, so the build quality is top notch. 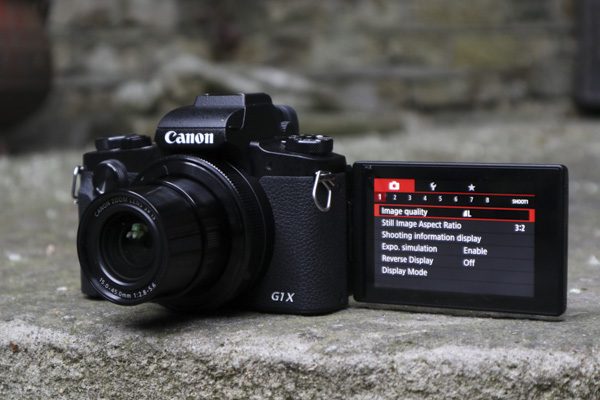 Canon has endeavoured to create a compact camera that DSLRs users will feel right at home with. There is a centrally located 2.36-million-dot EVF with an eye-sensor that can be customised, plus a shutter release that has the feel of Canon’s DSLRs.

Then there is the 3.0in vari-angle LCD touchscreen. As well as comprehensive touch functions it includes touch & drag AF as seen in the EOS M5, with manual control over which part of the screen is active for this function.

Compared to its predecessor, the G1X III actually has less external controls – there is one control ring (on the front) rather than two, plus an exposure compensation dial and a control wheel on the rear.

Battery life is rated at 200 single images which is a little disappointing. However, it is possible to charge the camera on the go using a powerbank via USB.

The fastest shutter speed is only 1/2000sec. This should be a problem though, given the camera’s fastest possible f/2.8 aperture and built-in ND filter, but it may prove restrictive for super-high-speed action.

During a presentation, David Parry established that the G1X III does not feature 4k video recording, but it is limited to full 1080p HD videos up to 60fps.

He said that it is more important for Canon to focus on improving the AF of its cameras to ensure sharp images and went on to claim that the G1X III features Canon’s best ever dual-pixel AF.

The quoted AF speed of the G1X III is as fast as 0.09 seconds. From a brief time with a beta version of the camera during the early evening, AF seems staggeringly fast.

Canon’s latest Digic 7 processor powers the G1X III. You’ll get up to 7fps with full-time AF and for a burst up to 29-frames. With AF fixed to the first frame it’s a rate of 9fps for up to 24 images.

JPEG images are processed with the same auto lighting optimiser and diffraction correction as found in the EOS 1D X Mark II, plus what Canon describes as sophisticated noise reduction.

There is a wide range of dedicated creative shooting modes, including a panning mode, a new panoramic mode and time-lapse video mode. There is little lacking here.

There is the comprehensive wireless connectivity, with Wi-Fi, NFC and always on BlueTooth. A neat feature is that it is possible to wake the camera up remotely via a BlueTooth connected smart device. We have good experience of Canon’s ‘Camera Connect’ app – it’s one of the best out there.

The details we have at this stage is that the Canon Powershot G1X III is available in November and will cost £1,149.

Alongside the camera Canon is launching a dedicated WP-DC56 waterproof housing, rated down to 40m. There is also an optional Canon LH DC-110 lens hood available. There are no details on the pricing of these items at this stage.