Although the launch of the Canon EOS 6D Mark II will take most of the headlines, Canon has also launched the Canon EOS 200D (EOS SL2 in the US), and its feature set make it one of the most desirable entry level DSLR camera available. At just 453g it is the world’s lightest DSLR camera with an articulated screen. That may seem like the most specific of world records, but the value is in the detail. An articulated screen has become something of a standard feature, and whilst photographers appreciate it when taking low-angle images, it has a secondary function – video shooting. 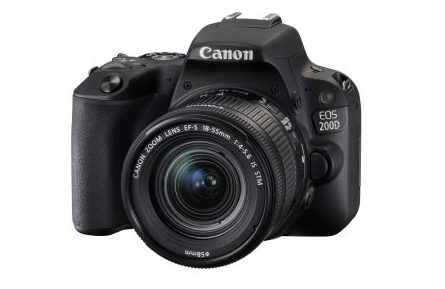 More conservative photographers may roll there eyes at the thought of using a DSLR to photograph or video themselves, but the huge audiences on Instagram and YouTube show that a front facing screen is a desirable feature for a large number of photographers and videographers.

Oh, and the Canon EOS 200D also has a sensor, and most importantly, it is a good one. The tiny DSLR sports the 24.2-million-pixel sensor that is found in the EOS 80D and also the EOS M5 and M6 cameras. The resolution may not be breaking any world records (Highest Resolution Sensor to be found in the EOS 200D?), but what is important is the on-sensor phase detection autofocus that it provides, or as Canon call it Dual Pixel CMOS AF. 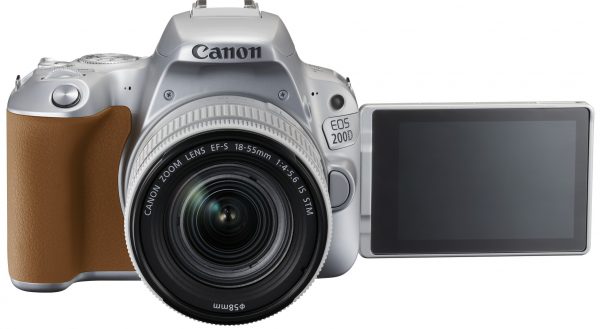 When shooting use Live View through the articulated LCD screen. Dual Pixel AF means that focusing is quick and without any of the ‘bounce’ that you get with contrast detection systems. Combine the fast and precise AF with a touchscreen, as well as an external mic socket, and you have a good little camera for video. Throw in the fact the screen is front facing and YouTubers and Vloggers may have a new favourite camera; in terms of video it has many of the features of the popular EOS 80D, but is smaller and lighter.

Obviously the Canon EOS 200D is designed as an entry-level, or mid-level DSLR, and as such it isn’t the most powerful of cameras when it comes to video recording option. It can shoot 1080p at up to 60fps, so fans of slow motion footage may need to look elsewhere. 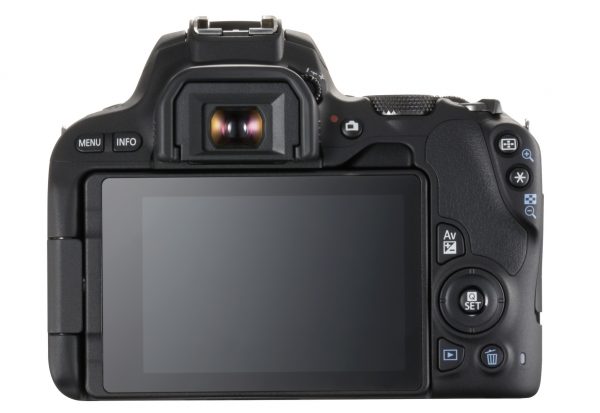 There is an elephant in the room too, and its called 4K, or lack of it. Canon is still to integrate 4K video capture in to its consumer line-up of DSLR cameras, with the EOS 1D X Mark II and Canon EOS 5D Mark IV still being the only options below the C200 in Canon’s EOS Cinema range. Don’t get me wrong, the EOS 200D is definitely not the camera Canon should have chosen to introduce 4K video (can you imagine the look of the faces of EOS 5D Mark IV owners if this had happened?), but with Panasonic, Sony, Olympus and even Fujifilm and Nikon now having consumer products that shoot 4K, it is becoming a very notable omission with each new camera.

For photography the EOS 200D has an equally competent feature set. The 24.2-million-pixel sensor has a sensitivity range of ISO 200-12,800 and images are processed using Canon’s latest DIGIC 7 image processing engine. It is this engine that enables most of the cameras features, including the social media friendly Skin Smoothing mode. For sharing all of those images there is obviously Wifi connectivity that allows images to be sent from the camera to a smartphone or tablet. Even better there camera also has the latest Bluetooth technology which allows a semi-permanent connection between the camera and smartphone.

We hope to be testing out the Canon EOS 200D in the coming weeks so keep checking the Photo Gear News YouTube channel for our video review.